Last week I had to make some changes into a really old project. The problem was: when I started, I didn’t remember how old the project really was.

This was actually my first MVC project using Codeigniter. When I opened the project there was a couple of things that I started missing. First, no version control. Second, no comments whatsoever. 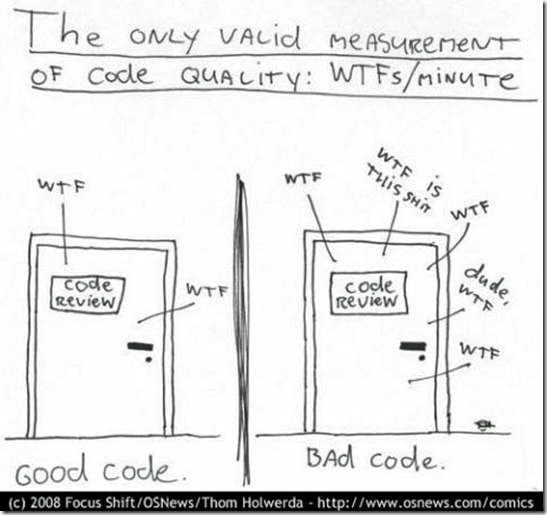 When I started reading my code from that time my rate of “WTF per minute” went to the roof.

My Models were really small. My Controllers had a lot of repetitive code and my Views were morbidly obese. I actually think some of those views have more logic than my Models and Controllers put together.

Should I be ashamed on this?

The answer is no. (Well if I was I wouldn’t be writing this blog post in the first place.)

That takes us to the point of this post: if you’re a programmer and you look at your code from 6 Months ago and you’re still doing the exact same thing today. Please Stop whatever you’re doing and go learn something new.

That was why I was really happy to see that awful project being what it is. Awful. So instead of being ashamed of your awful projects, embrace your awfulness, that just means you’re outgrowing yourself.